FILM AND TRANSMEDIA IN SEVILLA

12 days of Practical Learning and Mentorship :

The dawn of a new world takes shape in the recent global circumstances. Crisis  reveals the potentials of humanity as an individual and collective body. Our shared Health, Peace and Society call for new tools of social understanding and action. The combined powers of Independent Film and Social Sciences offer most needed mirrors to our emerging realities. So when responsible mobility and collective safety ask for refreshed transdisciplinary expertise, here is what you can choose to do:

Between 20th – 27th of November 2022, 8 Days in Sevilla plus 4 Days Online Sessions, you have the chance to feed your creative adrenaline within CINEIMPACT Film Academy, an international program dedicated to Art and Social Cinema taking the transdisciplinary form of Non-Fiction Cinematography, Docu-Fiction Storytelling, Visual Anthropology and Social Impact.

The program takes place in Sevilla, considered by many a unique cultural capital, ranking among best student cities of Spain for its vivid social life and exquisite heritage. Craddle of exuberant architecture, Flamenco life-style and extraordinarly diverse culture, Sevilla is considered one of the most fascinating cities of Europe. Considered to be mythologically founded by Hercules, Sevilla present times create a sofisticated arch in between ancient heritage and new visions of the future. The program theme and vision is to explore the secret and symibotic relation in between the local heritage and community. The variety of social texture and human dynamics make Sevilla one of the most appropriate places for using your senses and lenses to learn how to explore, understand and express the peculiar life and heritage in Andalusia and our society in general.

The candidates shall have experience in one or more of the following fields:

Through a tailored-made and hands-on filmmaking program, the Sevilla International Academy will explore innovative methods of FILM, TRANSMEDIA and IMPACT production.

The students will have the chance to discover themselves in an environment that challenges their personal creative limits. From learning to recognize exquisite stories after only few hours of interaction with the characters, to exercising decision making techniques under time pressure, from learning new editing secrets to creating best fit sound design, the academy method gets the participants astonished by how much and how better they can do, in such a short time span. Of course, along making new friends, exploring the unknown and having loads of fun. Does it sound like your comfort zone best creative exit? 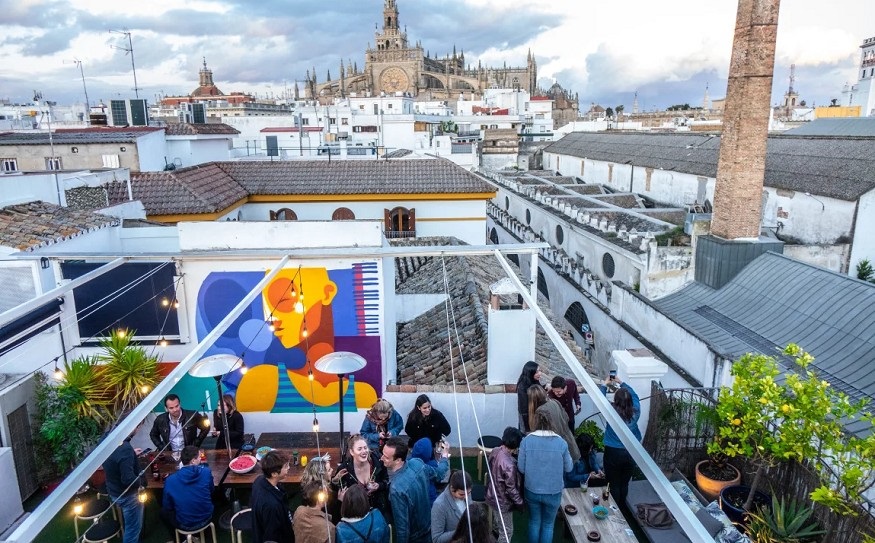 The participants will be selected especially based on motivation and personality. The selected students will go through a preparation process. Through a unique, internationally acclaimed method, innovatively developed since 2005, in its 9th year of challenging conventional filmmaking, the CINEIMPACT creative adventure will guide the participants into exploring Sensorial Storytelling and Empathy by transgressing the boundaries of Fiction, Non-Fiction, Transmedia and Anthropology.

Navigating a tailored-made and hands-on filmmaking program, the participants will be mentored through the Cineimpact cognitive journey towards learning how to reach their best creative potential, at a deeply personal level.

The students will be tutored in building optimal development strategies for their new and work-in-progress film projects. The films developed within CINEIMPACT Film Academies have been selected in various film festivals, while the carefully selected ones were developed into successful feature length projects such as “Mother and Son” by David Power (director and videographer, edition 2017) selected in prestigious forums and markets such as Lisbon Docs 2018, East Silver 2019, Astra DocTank 2020