Between 25 of August – 8 of September 2019, you have the chance to feed your creative adrenaline within CINEIMPACT Film, Anthropology & Sound Academy, an international program dedicated to Art and Social Cinema taking the transdisciplinary form of Non-Fiction Cinematography, Docu-Fiction Storytelling, Visual Anthropology and Sound Design.

The program takes place in Romania’s Sibiu – a famous Transylvanian town, declared European Cultural Capital for its fabulous socio-cultural complexity, encompassed by the high peaks of the Carpathian Mountains. The project development locations reveal unknown realms of Sibiu area, which magically interweave the experiences of past and present: old-fashioned rurality, medieval local heritage and post-industrial urbanity, that create a focal cinematic crossroad of pre- and post- communist society. 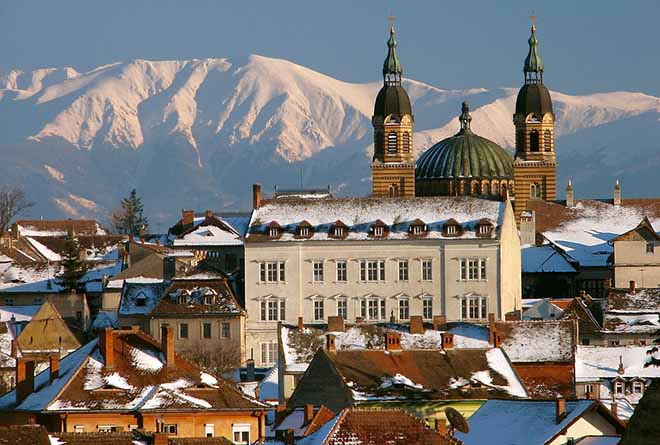 The best 12 students and professionals, selected based on motivation, experience and creative personalities, will be invited to attend the 14 days of the CINEIMPACT adventure. Through a tailored-made and hands-on filmmaking program, the summer academy will explore innovative methods of CINEMA, SOUND and IMPACT production.

Students will have the chance to discover themselves in an environment that challenges their most personal creative limits. From learning to recognize exquisite stories after only few hours of interaction with the characters, to exercising decision making techniques under time pressure, from learning new editing secrets to creating best fit sound design, the academy will leave the participants amazed by how much and how better they can do, in such a short time span, along making new friends, exploring the unknown and having loads of fun.

Participants will be guided in this cognitive-creative adventure by mentors and tutors such as:

During the field research, development, production and post-production of the films, the participants are inspired by master-classes and debates held by invited experts. The authors of the resulting films will be guided into the tips and tricks of optimal story writing, production development and distribution strategies.

Ever dreamed to learn how to use your personal equipment at its best storytelling potential? “Pattern or Not”, produced in one of the previous editions by Dorottya Balczo (director and cinematographer) and Andra Nedelcu (director and visual artist), was successfully selected and propelled to participate in one of the sections dedicated to short film (SFC) at Cannes Film Festival 2016. Mother and Son, feature-length movie project created by David Power (director and cinematographer) was selected at the prestigious 19th edition of Lisbon Docs Forum 2018, organized by the highly selective EDN – European Documentary Network.

Early Applications are discounted in case of selection

Great, joyous, life-changing times are included in the creative program!

How can you learn to expand your creative skills together with your soft skills?
–
Cineimpact  offers a toolbox that guides you into the deeper understanding of cinematic storytelling along revealing your own personal powers to impact the world.  Now is your chance to develop your Filmmaking vision through a mentorship program that supports you in taking better decisions in your projects, just as in your life. Not to mention that you can have a lot of fun creating a film to take home, at the end of this unique journey.