FILM, ANTHROPOLOGY and HERITAGE in TRANSYLVANIA

18 Days of Practical Learning and Mentorship : 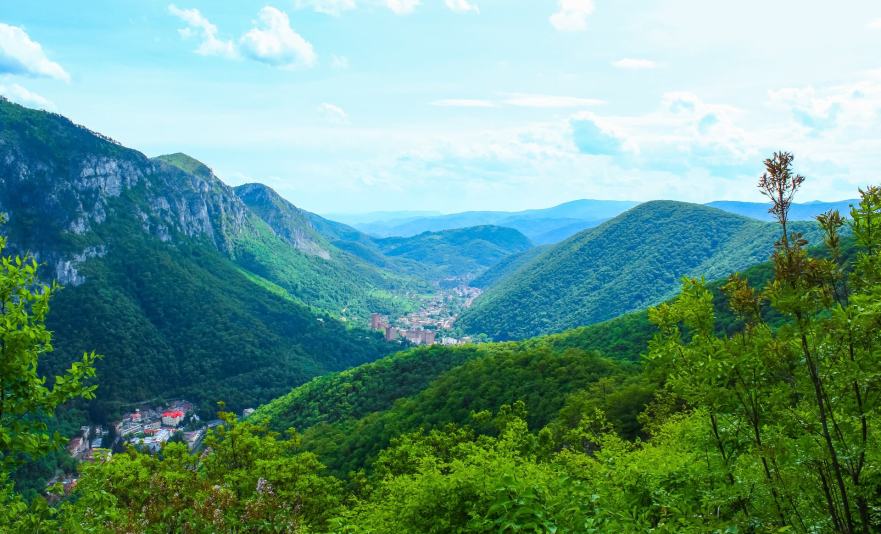 Between 30th of July – 14th of August 2022, you have the chance to feed your creative adrenaline within CINEIMPACT Film Academy, an international program dedicated to Art and Social Cinema taking the transdisciplinary form of Non-Fiction Cinematography, Docu-Fiction Storytelling, Visual Anthropology and Social Impact.

The program takes place in Romania’s Baile Herculane – a famous Transylvanian town, recently declared among Best East European Wellness Locations for its fabulous heritage and socio-cultural complexity. The little Spa Capital encompassed by the high peaks of the Carpathian Mountains connects the Roman Empire Heritage, the Habsburgic Empire Heritage and the Romanian Pre-Communist, Communist and Post-Communist Heritage. Baile Herculane area greatly inspires the film project development, magically interweaving the experiences of past and present: monumental architecture of forgone empires veiled in flamboyant decadence and poetry; old-fashioned rurality embraced by the astonishing nature of the Carpathian Mountains and Cerna Gorges; communist wellness infrastructure overwhelmed by post-communist apocalypse and tackled by challenging social regeneration. Infinite intersections in between utopian beauty and dystopian decay succeed to create a quite focal and cinematic environment for a synthesis of our present and future society.

The applicants for the summer academy can choose from the following Film Production Sections:

Through a tailored-made and hands-on filmmaking program, the summer academy will explore innovative methods of FILM and IMPACT production.

Students will have the chance to discover themselves in an environment that challenges their most personal creative limits. From learning to recognize exquisite stories after only few hours of interaction with the characters, to exercising decision making techniques under time pressure, from learning new editing secrets to creating best fit sound design, the academy will leave the participants amazed by how much and how better they can do, in such a short time span, along making new friends, exploring the unknown and having loads of fun discovering themselves and the unity in diversity we all share.

The participants will be selected based on social experience, artistic motivation and personalities, briefly processed through a CV and Letter of Intent. The ones selected will go through a preparation process. Within the CINEIMPACT creative adventure, they will explore innovative methods of creating Sensorial Storytelling and Empathy by transgressing the boundaries of fiction, non-fiction, visual anthropology and social activism.

In its 9th year of challenging conventional filmmaking, navigating a tailored-made and hands-on mentorship program, Cineimpact cognitive journey guides its participants towards learning how to reach their best creative potential.

Alina Matache – producer, consultant and story-editor, with 15+ years of experience in Corporate Management. Alina produced 18 films within Cineimpact International Film Academy, working with students from 20+ countries. Several of the films produced by Alina have been selected in important film events and numerous festivals

Going through the field research, development, production and post-production phases of their film projects, the participants will be inspired by invited experts. The film’s authors will be tutored in building optimal development strategies for their new and work-in-progress film projects. One of the films developed within CINEIMPACT Film Academies, “Pattern or Not”, the creative work of Dorottya Balczo (director and cinematographer) and Andra Nedelcu (director and visual artist), was successfully propelled to participate in one of the sections dedicated to short film (SFC) at Cannes Film Festival 2016. Other projects have been selected in various film festivals and were developed by Cineimpact into successful feature length projects such as “Mother and Son” by David Power (director and videographer, edition 2017) selected in prestigious forums and markets such as Lisbon Docs 2018, East Silver 2019, Astra DocTank 2020, Ex Oriente Script Lab 2022, etc

If ready to embark on Cineimpact immersive journey,

do not forget to share the creative adventure and bring along your friends!

Here you can navigate few Lovely Memories of the previous years’ editions: